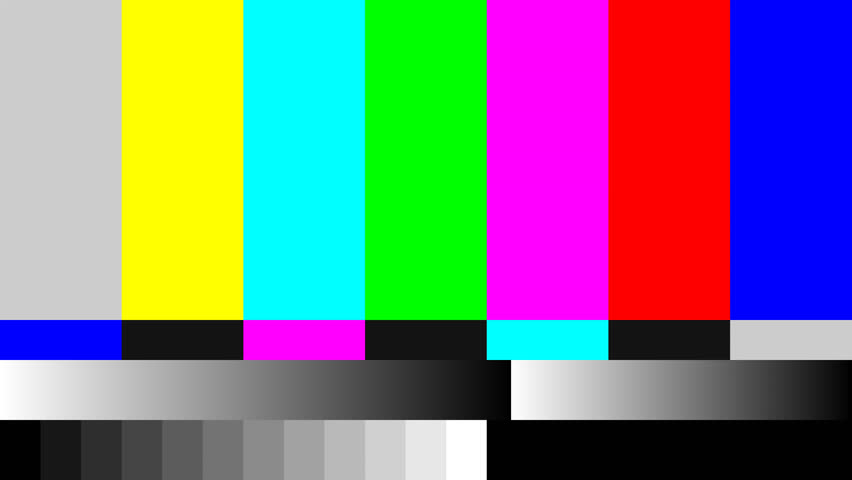 This is written in analysis of and response to this television segment, which aired on NBC Nightly News April 3rd, 2019. Please watch the clip to understand the context of this article.

The world of television journalism is a double façade. The public believes that what makes the news is necessarily what is most important, and the journalists themselves operate under invisible structures that the journalistic field erects around them. As this news clip from NBC News illustrates, these structures run deep. For the average viewer, the danger this poses is to uninform and be left with a false view of reality. Indeed, democracy itself relies on an informed public, and for that reason, it is vital to know how the journalistic field operates, that even a short news clip has the capacity to conceal. In an attempt to inform us, the news media falls into a number of fallacies that have become normative of the media environment of television journalism, creating cynical and depoliticized reporting. This news segment from NBC is supposed to inform audiences about new criminal technology and its effects on their lives, but instead, it dramatizes interesting narratives that are popular in the market while minimizing public concerns, focusing on sensationalism over the ramifications of expanded DNA testing in order to increase audience ratings.

First, it is important to understand the medium of television, and how it relates to television journalism, which bears its own incentive structures that shape its content. William J. T. Mitchell, a distinguished professor of English and Art History, identified ten fundamental theses of media. To understand television as a medium, his third thesis is paramount – “A medium is both a system and an environment” (Mitchell 211). Elaborating, he writes, “[A medium] is a complex social institution that contains individuals within it, and is constituted by a history of practices, rituals, and habits, skills and techniques, as well as by a set of material objects and spaces” (Mitchell 213). Television journalism can be taken to also be a complex social institution, one with its own modes of operation. It becomes clear that the chief dominating force of journalism is the market. Pierre Bourdieu, in his landmark lecture transcribed as On Journalism, writes, “In editorial rooms, publishing houses, and similar venues, a ‘rating mindset’ reigns. Wherever you look, people are thinking in terms of market success” (Bourdieu 27). Television journalism can then be seen as a complex social institution whose history of practices and rituals revolves around market success.

To achieve this, television news stations end up showing viewers things that will interest them, holding short of offering deep analysis that would truly inform viewers, especially of the ramifications of what they are shown. Bourdieu compares the tendency towards shallow, interest-based reporting to formulas of tabloid journalism. Tabloid journalism focuses on entertainment, and in searching for the market success of the tabloids, journalism ends up turning its attention towards spectacle and sensationalism as well. The goal is to hold public interest, not engage public thinking. These shallow interest stories “depoliticize and reduce what goes on in the world to the level of anecdote or scandal” (Bourdieu 51). This can be seen as another habit of television journalism, a direct result of the need to conform to market forces.

A focus on anecdote and scandal leads to cynicality within the field. Journalists “direct attention to the game and its players rather than to what is really at stake” (Bourdieu 4). They will focus on the particular tactics of politicians or stakeholders in an issue, especially their actions and reactions to each other. These maneuverings gain attention over their meaning, and the deeper analysis that would make a story relevant to the lives of viewers is lost. Viewers are entertained, but left uninformed.

Since the extraordinary and entertaining take precedent over that which matters, the importance the public gives to journalism results in journalists manufacturing an event by focusing on a story. Journalists “end up acting like the fireman who sets the fire. They help create the event by focusing on a story, and then denounce everyone who adds fuel to the fire that they lit themselves” (Bourdieu 64). With tabloid journalism, the public might have a vague awareness that the information within is likely not relevant to their day-to-day lives, but with “real” journalists, there is a sense of sanctity, that journalists act impartial or unbiased. In what is known as the reality effect, images have the capacity to make people believe what they are shown. The invisible structures behind television journalism that tie it to the market result in reporters excavating stories where there might be nothing of import. The images disseminated to the masses as a result then end up creating the story, as people believe that reporting and those accompanying images to be their reality. Not only that, the story gains a certain importance, due to the general assumption that “real” journalism only focuses on what is most important. With market forces at play, this is often not the case.

Now, with an understanding of television news as a medium and television journalism as a field, the structure of this short news clip begins to make sense. The audience is presented with a quick succession of various points of view. The clip begins by interviewing a police officer, who extolls the benefit of the DNA testing tool the segment focuses on. From there, the clip moves to a private citizen who explains his worries about what a police DNA database could mean for those like himself, and shows him phoning his local police station to inquire about removing his DNA from the database. The clip then proceeds to a representative from the American Civil Liberties Union airing concerns about this DNA tool leading to further over-policing of minority neighborhoods, before coming back to the police, ending with a quick word from a local police chief. What should immediately be clear is the cynicality of this “reporting.” As is seen, television journalism focuses on the game and its players, rather than the impacts. Here, we are rapidly shown the perspectives of each stakeholder of this DNA testing tool without any analysis of the tool itself, or any investigation that could contextualize or prove and disprove the concerns of these various stakeholders. The story is reduced to anecdotes.

Looking deeper, the journalistic bent towards sensationalism is also apparent. The textual elements studding the story purport this DNA tool as being a “Magic Box.” The report kicks off with an enthusiastic narrator saying this tool is “revolutionizing” policing. As a police investigator explains to a reporter that “this box has a DNA lab all inside, miniaturized,” her face lights up in surprise. She reads back the facts to the investigator with excitement in her tone and body language. When analyzed using the audience ratings model, the way this report is framed and presented makes sense. Real police investigation is often a laborious and rather mundane event. As Bourdieu claims, “There is nothing more difficult to convey than reality in all its ordinariness” (Bourdieu 21). By generating hype around this DNA tool, this news clip takes a mundane topic and lends it a trumped-up importance in order to hold the interest of the audience, and ultimately to keep the station’s ratings high. We see this later when the same journalist interviews a private citizen in a small neighborhood. The citizen is concerned that he is being criminalized due to his DNA being in the police system. However, the only two clips included of this concerned citizen are ones of him forcefully asking a police responder for instructions on how to remove his DNA from the police database, and a single sentence where he claims he feels targeted. The interviews in this news clip seem to only depict moments that generate a voyeuristic hype, pitting various forces – the police, poor citizens, activists – against each other. Bourdieu even mentions that “the monotonous, drab daily life in the inner city doesn’t say anything to anybody and doesn’t interest anybody, journalists least of all” (Bourdieu 21). The conclusion to be derived from this sequence of sensational portrayals of relatively mundane experiences is that this news clip is indeed following market forces and trying to turn the ordinary into an exciting spectacle to increase the news segment’s entertainment value.

To fully understand the market-focused environment of television journalism, we must also look closer at the textual elements, and how they shape the meaning of the news clip. The beginning of the clip includes two full-page slides where facts about the DNA testing tool are shown in big, bold text. Photos of investigators and police at crime scenes, stylized with vignette filters and dramatic lighting, constitute the backdrop as the bold lettering states interesting facts and attributes them to “Using the ‘Magic Box.’” Perhaps trying to hearken to popular crime thrillers, this presentation is intended to grab viewer attention. However, it ends up unduly hyping the importance of the DNA tool, even as the segment later mentions that poor citizens and minority groups could be negatively impacted by the usage of the device. A later slide mentions “Faster Arrests”, “Exonerated Those Falsely Accused,” and “Voluntary Samples” in the same large, bold lettering. By presenting this info in this manner, the clip downplays the concerns of private citizens, with no similar splash screen employed for counterarguments to the pro-police narrative. By definitively declaring “Voluntary Samples” before clips of an anxious citizen inquiring into the misuse of his DNA data, audiences become primed to consider the DNA database as voluntary and fair, and the concerns of poor citizens as misguided and unimportant. This can be read as further evidence of television journalism attempting to sensationalize and play to the market’s sensibilities, rather than to strong standards of impartial journalism. The same contradiction between the report’s content and its presentation can be seen throughout the rest of the clip as “DNA ‘Magic Box’ Gives Police Crime Scene Results in Minutes” persists at the bottom of the screen, even as concerned stakeholders attempt to vainly inform the public of the repercussions of the proliferation of this DNA testing tool.

The omission or censorship of important viewpoints should be deeply concerning to those who recognize the importance of an informed populace. Given a population fed the narrative that crimefighting is “cool” by Hollywood and television dramas, television journalists trumpeting the “interesting” of otherwise mundane police work through buzzwords like “Magic Box” and excitement around expanded crimefighting capabilities makes sense when viewed through the lens of financial results. However, even as this news clip attempts due diligence by presenting a variety of viewpoints, the alternative positions themselves become dramatized to sell an interesting narrative, rather than inform the public about relevant issues. The trends observed in this news clip can be traced back to the certain practices and rituals endemic to the television medium and market-dominated television journalism.